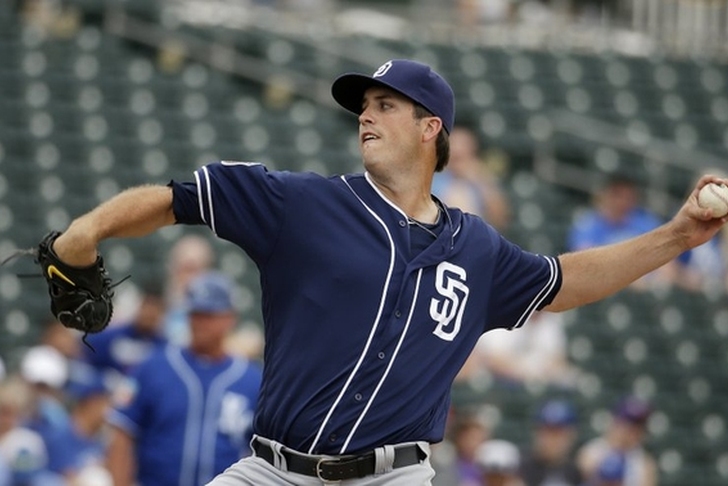 The MLB trade deadline of August 1st is rapidly approaching, and the trade rumors are starting to heat up. With the All-Star game out of the way, the trade deadline is now the biggest event next up on the calendar.. Here are all the latest rumors and news from the MLB hot stove.

Rangers After Padres Drew Pomeranz?
The Rangers are in the market for pitching help, and one of the many players they're looking at is Drew Pomeranz of the San Diego Padres.

Sources: #Rangers interested in #Padres All-Star Pomeranz, have done background work on him. TEX has checked on most of available pitching.

The Padres are open to trading anyone on the roster expect for Wil Myers, reports the San Diego Union Tribune, and that includes Pomeranz. In his first year as a real starter, the lefty has pitched great and even made it on the All-Star roster. He's under team control through 2018, and the Padres will ask for quite a bit in any deal.

Marlins Looking For Pitching Help?
With the Miami Marlins in position to contend for a wild card berth in the NL this year, they Miami Herald reports they are trying to add another pitcher before the trade deadline.

The Marlins (with limited available trade assets) continue efforts to acquire a starting pitcher from a group include Tampa’s Jake Odorizzi, San Diego’s Drew Pomeranz and potentially Oakland’s Rich Hill, among others.

Because Hill is older and on a one-year deal, he might be the easiest of the three for the Marlins to add. Still, the Marlins farm system isn't in great position and that could hurt them in trade talks.

That's all he had to say on the matter, and it makes sense that the Braves want to keep a young, talented pitcher under team control for several more year. Of course, a crazy Godfather-type offer from a team like the Cubs could change the Braves' mind.