The Latest MLB Rumors And News On Bronson Arroyo, Ruben Tejada And More 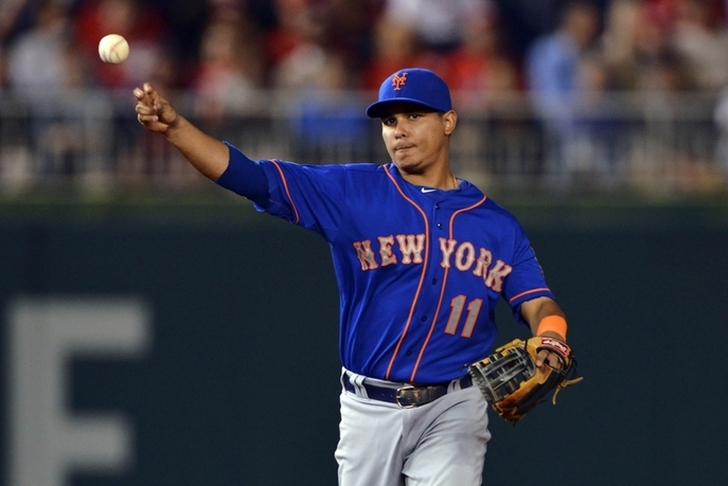 Spring Training has already begun for MLB teams, as the focus has finally shifted from MLB front offices to the players on the field. However, there's still some activity from the MLB Hot Stove to work through. With that in mind, here are the latest MLB Rumors for March 19th.

Cardinals Sign Ruben Tejada
With the St. Louis Cardinals without Jhonny Peralta for roughly three months, the club was looking for shortstop help. They've found it in the form of Ruben Tejada.

The New York Mets release Tejada earlier this week. The Yankees offered Tejada a minor league deal, but Tejada turned it down with the hopes of finding a major-league one. He did with St. Louis, and he'll likely be the starter until Peralta can return.

Latest On Bronson Arroyo
The saga of Bronson Arroyo's shoulder continues. Friday night, Ken Rosenthal reported that the MRI on the Washington Nationals pitcher's shoulder was somehow misread and that rotator cuff is okay. The issue was bursa sac inflammation and that Arroyo would only miss a week or so.

However, GM Mike Rizzo said that's not the case either.

Rizzo also said Arroyo's bursa sac has no issues. Arroyo will be shut down 10-14 days. Full rehab is 4-6 weeks & then reevaluation.

So Arroyo doesn't appear to have the career-threatening injury as first reported, but it remains to be seen just what role, if any, Arroyo will have with the club.

Phillies Not Looking For OF Help?
With Aaron Altherr out until at least July and Cody Asche questionable for the start of the season, it seems like the Phillies would be in the market for outfielder help. However, GM Matt Klentak told MLB.com the team isn't actively searching for OF help.

"We've got our ears open for opportunities, but I wouldn't characterize it as active," Klentak said. "This is the time of the year where most teams are starting to connect with each other to talk about different scenarios that are going to play out at the end of camp -- who is going to make the team, who may not. So those conversations have begun -- generally, anyway."

If the Phillies don't add an outfielder, the club would likely start Odubel Herrera, Peter Bourjos and Tyler Goeddel. Darnell Sweeney would likely be the fourth OF, with non-roster invitees David Lough and Cedric Hunter battling for the No. 5 spot.