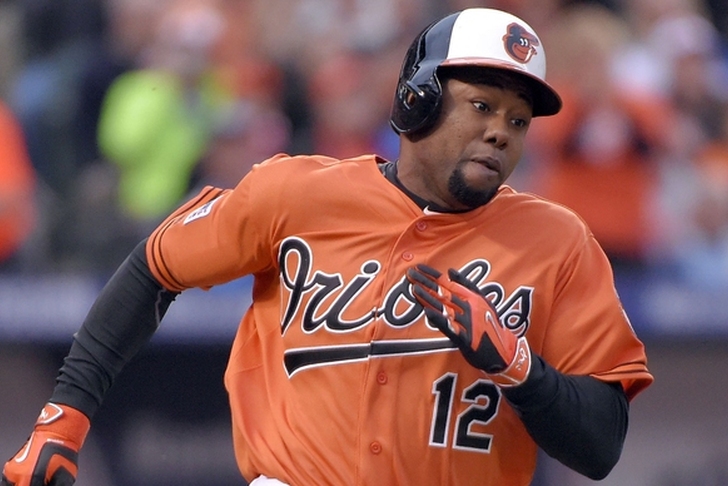 Spring Training has already begun for MLB teams, as the focus has finally shifted from MLB front offices to the players on the field. However, there's still some activity from the MLB Hot Stove to work through. With that in mind, here are the latest MLB Rumors for March 13th.

Heard a half-dozen teams are interested in acquiring Alejandro De Aza, but the Mets are searching for a team... https://t.co/lb1EQfiwnr

The Mets want a team to take on all of De Aza's $5.75 million salary. With the late re-signing of Yoenis Cespedes, De Aza has become an expensive fifth OF for the Mets. De Aza would need to consent to trade since he was a free agent signing, but the chance to get more playing time means he'd likely accept a deal. It would mean yet another new team for De Aza, who played for the Orioles, Red Sox and Giants last year.

Possible Landing Spots For De Aza
Rubin didn't detail which teams were interested, but MLB Trade Rumors speculated on which teams could be interested. The Cleveland Indians make sense, since they need OF help. However, they might not want to take on De Aza's contract. The Los Angeles Angels are in the same boat as the Indians. The Toronto Blue Jays could use the left-handed hitting De Aza, and they tried to trade for Jay Bruce earlier this offseason. The Kansas City Royals could be a match, but only if they are more concerned with Jarrod Dyson's health than they are saying publicly. Finally, the St. Louis Cardinals could be an option since they could use OF depth and a lefty bat.

Cardinals Trading For A Shortstop?
Speaking of the Cardinals, they're in the market for a shortstop thanks to Jhonny Peralta's injury. The Cardinals are considering trading for Arizona Diamondbacks shortstop Nick Ahmed, reports the Boston Globe. Ahmed is strong defensively and just 25, but Arizona doesn't need him to start. Ken Rosenthal says trading Ahmed is a possibility for Arizona.

Padres Trading A Catcher?
The San Diego Padres' next move might be to trade a catcher, reports Rosenthal. The team has Derek Norris, Austin Hedges and Christian Bethancourt on the roster and all three are capable catcher. But the Padres aren't going to take three catchers on their Opening Day roster. While they could just demote Hedges for the time being, Rosenthal says a trade later this month is an option.