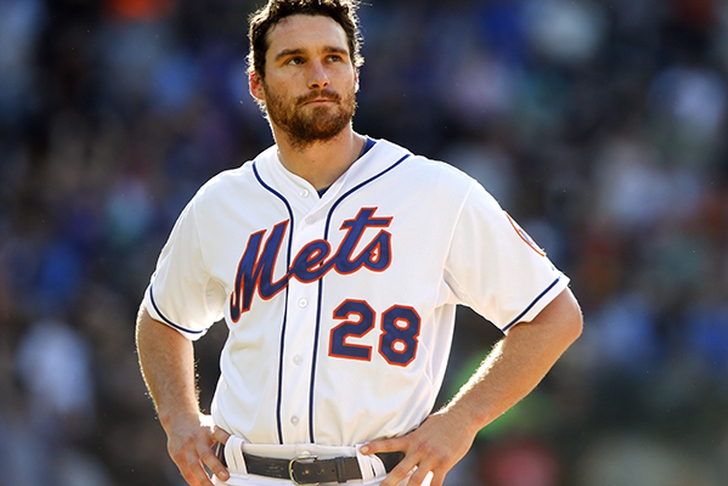 With divisional and wild card races heating up heading into the final month of the regular season, let's take a look at our Major League Baseball power rankings headed into week 23: (stats current going into 1 September)

Texas stays in the last spot of our rankings this week. The Rangers lost three games of a four-game series with the Houston Astros this weekend, continuing a stretch where Texas has been the worst team in Major League Baseball.

Interestingly enough, if you were to see where the Rockies rank in most offensive statistics as a team, it would be impossible to guess that Colorado is the second-worst team in the league. The Rockies' pitching has a miserable 4.93 ERA, the highest among all 30 teams. 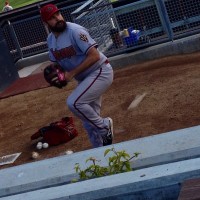 The Diamondbacks stay at spot number 28 this week, and Arizona continues to struggle through a disappointing, injury-riddled season. Josh Collmenter has been a silver lining for the Diamondbacks in his last two starts. In those outings, Collmenter won both decisions and allowed a combined six hits with only one earned run.

The Astros aren't in a position to contend for a playoff spot, but Houston has showed us some sensational young talent this season. Second baseman Jose Altuve continues to lead the race for the American League Batting Title with a .336 average. Altuve racked up four hits, including two extra-base knocks, in a win against the Rangers on Sunday, extending his hit-streak to nine games.

The Twins have slid to over 15 games out of the AL Central race, putting them in last place in the division. Minnesota has dropped seven of their last eight games, and the Twins will need to make some vast improvements to their pitching staff if they want to be able to contend in the AL Central next season.

The Red Sox are certainly out of the playoff race, sitting at almost 20 games out in the AL East standings. Boston did make a big roster move in August, signing Cuban-defector Rusney Castillo to a seven-year contract. Castillo is heavily compared to fellow Cuban Yoenis Cespedes, who has made a smooth transition from Oakland to Boston after being traded. The Red Sox hope to see similar results with Castillo, as Cespedes drove in a team-high 22 runs in the month of August.

The Cubs split a four-game series with the St. Louis Cardinals this weekend. Chicago isn't going to crack into the postseason, but the Cubs will be a team to watch next year. With the late-season roster expansion, the Cubs will use the remainder of the year as a time to audition some young arms on the mound to try to set a rotation for 2015.

Chicago's rotation (besides ace Chris Sale) has struggled tremendously in a hard-hitting AL Central this season. The White Sox sit in fourth place, and with the roster expansion, Chicago could debut top pitching prospect Carlos Rodon, who was drafted out of North Carolina State. Rodon was regarded as College Baseball's top pitching prospect last season, and he led North Carolina State to a College World Series appearance two seasons ago.

The Phillies are sitting in last place of the NL East, but Philadelphia has showed some signs of improvement, winning seven of their last 10 games. The Phillies made a roster move this week, dealing John Mayberry Jr. to the Toronto Blue Jays in exchange for third base prospect Gustavo Pierre. Philadelphia fans have to wonder if this move is just the beginning of what could (and should) be a busy offseason for the Phillies.

The Mets drop to number 21 in our rankings this week, as New York has only won five of their last 13 games. It will be interesting to see what the Mets will do with veteran pitcher Bartolo Colon, who has been a pleasant surprise for New York this season by leading the team in wins. The Mets' rotation has been infected with injuries all season, giving the experienced Colon an opportunity that he's taken advantage of in 2014. 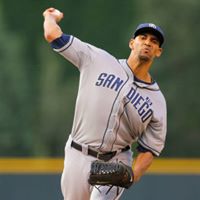 There haven't been many pitchers in Major League Baseball that have been more consistent than Padres' right-hander Tyson Ross. Ross hasn't allowed more than six hits in a start since the middle of June, yet his record is just 12-12. Ross has given San Diego 13-straight quality starts, which stands as a club record.

The Marlins sit in third place in the NL East at 11 games behind the Washington Nationals. Miami is enduring a tough stretch where they've only won two of their last eight games. The Marlins' best bat, Giancarlo Stanton, has also struggled recently, only producing four hits in his last 21 at-bats. Stanton's recent struggles don't reflect the past month too well, however. In August, Stanton put up monster numbers, hitting for a .301 average and blasting eight home runs.

The Rays stay at the number 18 spot this week, as they remain 14 games out of first place in the AL East. Earlier this week, manager Joe Maddon lost in an attempt to protest a game against the Blue Jays that led to a 5-4 loss in 10 innings. Maddon's protest came just a couple of weeks after the San Francisco Giants became the first team since 1986 to win a protest, when the Giants contested a shortened loss to the Chicago Cubs that should've been suspended due to inclement weather.

The Reds were able to rid themselves of relief pitcher Jonathan Broxton's hefty contract by trading him to the Milwaukee Brewers off waivers for two players to be named later. The Reds sit at just over seven games out in a NL Central race that will be wide-open until the end of the season.

The Blue Jays are five games back in the American League wild card race and 10.5 games behind in the AL East. Toronto will need to make a late-season push and find some consistency from their starting rotation. The Blue Jays have been one of the most feared line-ups in the Majors this season, hitting 152 home runs, which is the second-highest total in the American League.

Andrew McCutchen's rib injury didn't stop him from grabbing two hits in his four at-bats in Sunday's loss to the Cincinnati Reds. With the Pirates only two games back in the NL Central, it appears that the NL MVP is going to play despite being injured. 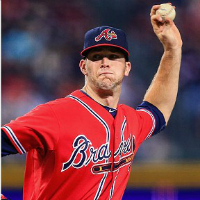 The Braves are just 1.5 games out of the last wild card spot for the National League and seven games behind the Washington Nationals in the NL East. Atlanta received an amazing outing from lefty Alex Wood against the Marlins on Sunday, where he struck out 12 batters  in eight scoreless innings, leading the Braves to a 1-0 victory. Atlanta has had excellent pitching this year, but the Braves will have to solve their offensive problems if they want to sneak into the last wild card spot.

The Indians have creeped up the standings, now sitting at 3.5 games behind Kansas City in the AL Central and three games back in the American League wild card race. Cleveland led the Royals 4-2 in the tenth inning, when the game was suspended due to weather. The Indians will get another chance to narrow the margin this week, as they begin a four-game series against the Detroit Tigers.

The Yankees are another team that's battling for the final American League wild card spot, as New York's deficit in the AL East standings will probably be too much to overcome before the end of the season. As of now, New York is nine games back in the AL East behind the Baltimore Orioles. Derek Jeter's final season of his Hall-of-Fame career will stop short of the postseason if the Yankees are unable to find a way to attain the last wild card spot.

The Mariners create the strong possibility of three teams from the AL West earning spots in the playoffs, as they are just a half-game behind the Detroit Tigers for the last wild card position in the American League. Seattle has put together a solid season behind the pitching of Felix Hernandez and bat of Robinson Cano. Unfortunately for the Mariners, they happen to be in the same division as the Oakland A's and Los Angeles Angels, who've both also put together very impressive 2014 campaigns.

The Brewers continued to give up ground to the St. Louis Cardinals, and a 15-5 loss to the San Francisco Giants on Sunday made everything even at the top of the NL Central standings. The Brewers have won just two of their last 10 games, making it necessary for them to start producing wins or stay at home during October. 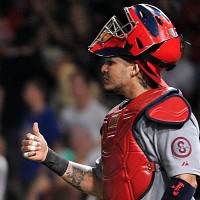 The Cardinals won the final two games of a weekend series against the Chicago Cubs after losing four straight games. The win tied the Cardinals with the Milwaukee Brewers for first -place in the NL Central. The Cardinals were able to use catcher Yadier Molina for the first time since early-July, when Molina was placed on the disabled list with a thumb injury. The NL Central race will be the most exciting divisional race in the Majors heading into the final month of the regular season.

The Giants jump back into the top 10 in our power rankings this week, after sweeping the Milwaukee Brewers this weekend. San Francisco benefited from Jake Peavy taking a no-hit bid into the eighth inning on Saturday night. Peavy only allowed one hit in Saturday's outing, striking out eight Brewers' batters, and he's earned the winning decision in three of his last four starts.

The Royals hold a half-game edge on Detroit Tigers heading into this week. Kansas City seemed to be on their way to losing their fourth consecutive game before bad weather caused an extra-inning game against the Indians to be suspended in the tenth inning. The Royals have won just four of their last ten games.

The Dodgers avoided a sweep from the San Diego Padres this weekend, winning 7-1 on Sunday. The win came with a sigh of relief, as the Dodgers had lost their previous two games in the series during extra innings. Los Angeles has been busy on the base-paths this season, swiping a National League-best 122 bases. 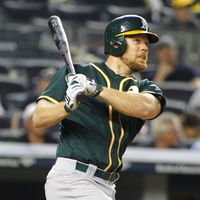 The A's continue to fall behind the Los Angeles Angels in the AL West, and Oakland didn't help their cause by getting swept by the Angels this past weekend. The A's made an attempt at boosting their offense, acquiring veteran-slugger Adam Dunn from the White Sox. Dunn could make his first ever playoff appearance with the A's and plans to retire after this year.

The Nationals hold a comfortable six-game lead over the Atlanta Braves in the NL East standings. Washington had an incredible month of baseball in August, where they won 19 out of 29 games. The Nationals will try to ride their moment from August into September.

Not many people predicted the Orioles to win the AL East this season, but Buck Showalter's team has certainly made some believers, as the Orioles now lead the Yankees by nine games. Nelson Cruz will prove to be the best free agent signing of 2014, as he now leads the Majors with 35 home runs.

The Angels continue to hold down the top spot in our rankings this week, and Los Angeles helped their cause by sweeping the second-place Oakland A's, extending their divisional lead to five games. Los Angeles has won six consecutive games, and the Angels are the only team in Major League Baseball with over 80 wins.