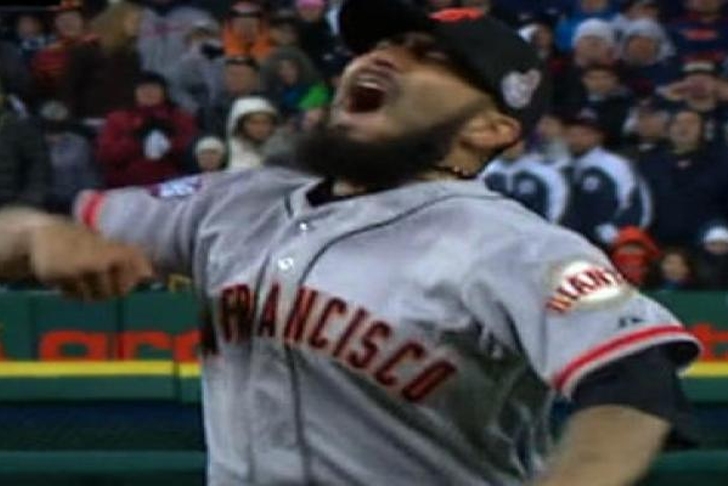 Almost halfway through the season, only a handful of teams have separated themselves from the pack. Let's jump right into the action - here are our week 12 MLB power rankings:

The Rays have been spiraling out of control, losing nine of their last ten games. There's not many good things you can say about Tampa Bay, and Joe Maddon needs to work some magic quickly to get the Rays back on the winning path.

With the Rays plunging into the worst record in baseball, the Cubs are able to move up a spot in our rankings this week. The Cubs need to add a bat to strengthen their lineup very badly. Jeff Samardzija will be a prime trade target that the Cubs will need to shop very wisely before the deadline.

The Phillies are going to have to make a decision during this season to either fix what they currently have or to start from scratch. Philadelphia has become a much weaker team over the past fewseason, and moves will have to be made if the Phillies want to see success.

The Diamondbacks have been hitting .258 as a team this season, which is the eighth-best team average in Major League Baseball. Arizona should be considered a serious candidate for a trade with the Chicago Cubs involving Jeff Samardzija. The question is, which bat would the Diamondbacks be willing to give up?

The Astros continue to showcase young left-handed pitcher Dallas Keuchel, who has posted just a 2.50 ERA to go along with a 7-3 record. It might not be their time yet, but Houston's roster is full of talent that will develop nicely. If the Astros can make the right the moves with this young talent, I expect them to be contenders in the next few seasons.

The Padres are still the worst offense in Major League Baseball. Luckily, San Diego has a consistent pitching staff that's able to keep the Padres in most games. The Padres are going to have to find a way to score some runs if they want to be taken seriously.

The Red Sox continue to struggle at the plate, and David Ortiz is the only player that seems to be producing anything at the plate so far this season. Boston needs to an end to this quickly because the rest of the AL East is slowing down.

The Mets aren't very good. New York has a dangerous combination of sub-par hitting and mediocre pitching that could very well land them at the bottom of the NL East when this season is all said and done. It's not a good sign when 41-year old Bartolo Colon leads the Mets' pitching staff in wins, with five.

The Twins are in last place in the AL Central, but Minnesota only faces a deficit of five games. The Twins signed Kendrys Morales in attempt to strengthen their lineup, which as been lackluster at best this season.

The White Sox fall back in the rankings this week, despite the continued success of rookie Jose Abreu. Abreu recently hit home run number 18, which is the third best in Major League Baseball.

The Royals have struggled at the plate so far this season. Alex Gordon leads Kansas City in home runs with six, which is unimpressive to say the least. The bright spot for the Royals has been closer Greg Holland, who's converted 18-of-19 save opportunities. One possibility Kansas City could consider is shopping Holland and converting set-up man Wade Davis into a closer.

The Pirates have decided to call up top prospect Gregory Polanco after Neil Walker had to make a surprise visit to the disabled list following an appendectomy. Polanco had hit .347 with seven home runs for the Pirates' triple-A affiliate, and it will be interesting to see how he affects the Pittsburgh lineup.

Hitters have proven that Johnny Cueto's stuff isn't impossible to hit after all in his last four starts. Cueto has allowed 11 runs in his last four starts, which is more than he's allowed all season. The Reds are heavily anticipating the return of slugger Joey Votto to strengthen a lineup that has proven to be on the weaker side.

The Indians are the hottest team in Major League Baseball, and Lonnie Chisenhall has proven that he belongs in the lineup. Chisenhall drove in nine runs Tuesday night off three home run blasts. Cleveland's winning streak has put them within two games of the Detroit Tigers.

The Rangers' situation just keeps getting worse. Texas had to put Mitch Moreland on the 15-day disabled list, resulting in the call-up of Brad Snyder from triple-A. Snyder will become the Rangers' everyday first basemen despite having played just two professional games at the position.

The Marlins are in the midst of a tight NL East race that involves three teams within a half of a game of each other. Giancarlo Stanton is a sure MVP candidate, already driving in over 50 runs with 17 home runs. Miami has been incredible at home, posting a 22-11 record. The same can't be said on the road, where the Marlins are just 11-19.

We saw the Rockies were slipping last week, but this week Colorado has dropped into a free fall. Colorado has only won one game out of their last ten, and the Rockies' offense hasn't been able to carry poor pitching performances.

The Cardinals are benefiting from a fantastic year from ace Adam Wainwright, who earned his ninth win this past week. Wainwright has been the anchor of the Cardinals pitching staff this season, posting a stingy 2.15 ERA. St. Louis received a good outing from lefty Jaime Garcia, who appears to be back to usual form.

The Nationals haven't made any excuses this season, even with the numerous injuries that plagued the team early. Jayson Werth and Ian Desmond have carried the team offensively through a nice winning streak that's landed them in a tie with the Atlanta Braves for the NL East.

Robinson Cano continues to turn heads in Seattle, and while his home runs have dropped, the second basemen has still been extremely productive. Cano's .333 batting average is the fifth-best in Major League Baseball.

The Yankees find themselves six games back behind the streaking Blue Jays. New York has stumbled recently and will try to recover behind the arm of Masahiro Tanaka. Tanaka has the second-highest win total in the American League, with nine so far.

Yasiel Puig has evolved into the MVP-caliber player that the Dodgers were hoping he'd pan out to be. So far this season, Puig has hit for a .333 average and driven in 40 runs. Puig is going to need help, however, if the Dodgers plan on catching the San Francisco Giants.

Orioles' third basemen Manny Machado is in hot water after throwing his bat onto the field against the Oakland Athletics on Sunday. Machado has been suspended for five games by the league on top of an undisclosed fine. Aside from Machado, though, the O's are doing pretty well for themselves.

The Tigers have allowed sloppy play to cause them to struggle over the last few weeks, dropping them to the number seven spot in our rankings. Detroit has to see the Cleveland Indians in their rear-view mirror, and they've now cut the Tigers' lead down to two games. Detroit is just 3-7 over their last 10.

The Angels are one of the most explosive teams at the plate in all of Major League Baseball. Los Angeles has scored 300 runs this season, good for fourth in the league. The Angels will look to get Mike Trout back to 100 percent, as he's still battling back issues.

The Braves are struggling to hold their position at the top of the NL East with the Washington Nationals and the Miami Marlins right at the top with them. Atlanta needs to find a bat desperately, as despite their excellent pitching, they have one of the worst offenses in baseball.

The Brewers continue to prove that they are a legitimate contender for the NL Central. Francisco Rodriguez seems to have picked up right where he left off in the closer role for the Brewers, earning 19 saves in 21 opportunities.

The Blue Jays have run away with a five-game lead in the AL East. Toronto ranks at the top of Major League Baseball in almost every offensive statistical category, and the hits just keep coming for the Blue Jays. Edwin Encarnacion just hit home run number 20, and he will certainly be in the AL MVP discussion.

Oakland's lineup is packed with production, and it's no surprise that the A's rank first in runs scored with 328. Josh Donaldson and Brandon Moss are the two superstars that most Major League Baseball fans never hear about. Expect this team to make some noise in the postseason this year.

The Giants keep their spot at the top of our rankings this week. San Francisco is the first team this season to reach the 40-win mark, and that's no surprise when the Giants continue to get quality starts from their rotation and converted saves from Sergio Romo. Romo leads Major League Baseball with 20 saves this season.