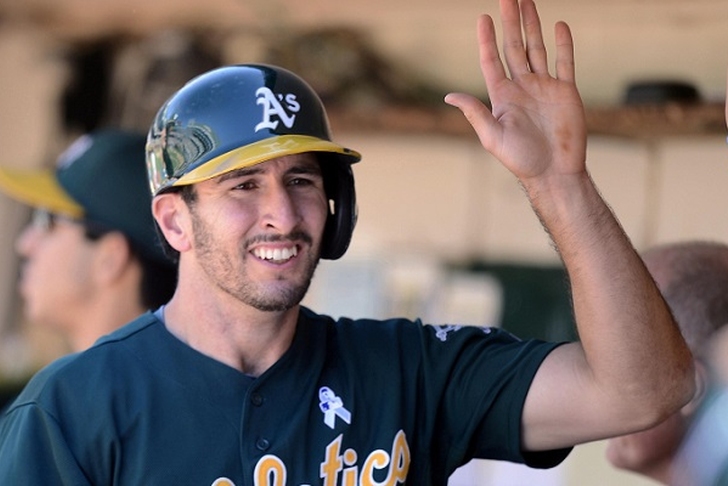 There was some movement at the top of our rankings this week, with one leader slipping up and another jumping into the top spot. Let's see how the rankings shaped up:

The Diamondbacks shift back to the bottom this week, and Arizona can't seem to find an answer for the lousy pitching that's already set them 12 games back in the NL West. Injuries have started to take a toll on the club as well, with Mark Trumbo going on the 15-day disabled list.

The Astros hold their spot at 29th, but there have been some rare bright spots for Houston over the past week. George Springer has seemingly adjusted to the Major League, and is tearing the cover off the ball this season. Springer already has eight home runs, and I believe the future is bright in Houston with all the young talent the Astros have waiting in the wings.

The Cubs move up from the bottom spot this week, and they finally were able to get starter Jeff Samardzija his first winning decision in 17 starts. The Cubs have struggled to provide their pitching with run support this season, and it shows in their overall record.

The Red Sox have been the coldest team in baseball, recently snapping a 10-game losing streak. Production has decreased offensively for every player in Boston's lineup except designated hitter David Ortiz.

The Mets give us the biggest drop in this week's rankings, falling 10 spots to number 26. New York has run its pitching thin, and the Mets are another example of poor run production leading to a losing record.

The Padres' rotation looks like it could carry the team at times, but at other times it's looked very mediocre. This past week, mediocre pitching combined with a lack of run support caused San Diego to lose several games. The Padres rank at the bottom of the league in most statistical categories.

The Rays are struggling with injuries still this week, but Tampa Bay finally gets a key starting pitcher back with Alex Cobb coming off the disabled list. With a lot of baseball left to play, it's tough to count the Rays out just yet.

Cliff Lee is still a major concern for Philadelphia, and the recent news seems to indicate that his elbow injury will set him back further than first indicated. One bright spot for the Phillies has been the resurgence of offensive production from Chase Utely and Ryan Howard. Howard leads the team with eight home runs, while Utley has hit for a .337 average so far this season.

The Indians are sitting at the bottom of the AL Central, and seem to be relying completely on the bat of outfielder Michael Brantley. If Brantley can continue carrying the team, could he be a MVP Candidate for the American League?

The Pirates have really turned their horrendous start around, winning five of their last six games. Andrew McCutchen continues to prove that he's one of the best players in Major League Baseball both offensively and defensively.

The White Sox breathed a sigh of relief when Chris Sale returned to the mound last Thursday. Suddenly, the White Sox find themselves in second place in the AL Central. If they can get healthy, this team seems will find a way to continue winning games.

Robinson Cano is still adjusting to the fences at Safeco Field, and he has just two home runs so far this season. That's about the only offensive statistic that's dropped for Cano, however, as he's still hitting .332 and has driven in 30 runs (with six in the last seven days).

The Marlins' offense has been turning heads all season long, and Giancarlo Stanton has proven to be the best young player in baseball so far this season. Stanton has been knocking the cover off the ball, already hitting 15 home runs with 49 RBIs.

The Royals can't seem to hit the ball for power, but their pitching has kept their hopes alive this season. To put things in perspective, the Royals have hit 20 homers so far this season, which is only five more than Giancarlo Stanton has hit this season.

The Twins are tied with the Royals in the AL Central, finding success in the division. Phil Hughes has been very consistent on the mound for Minnesota this season, going at least five innings in all nine games he's started this season.

The Reds are really feeling the loss of Joey Votto to the disabled list. Cincinnati has found a lot of difficulty in producing runs this season, and the Reds rank in the bottom third of the league in almost every offensive statistical category.

The Nationals are another team battling injuries, but they remain in the conversation in the NL East. A rotation that has carried the Nationals in the past has been very inconsistent this season, along with being plagued by injury. Washington has lost five of their last six games.

The Rangers stay at number 13 this week, after taking a huge blow to their lineup with the loss of Prince Fielder to season-ending neck surgery. Fielder underwent a procedure that was very similar to the surgery that Denver Broncos quarterback Peyton Manning had preformed on him a couple of years ago.

The Yankees have turned in the best record in the American League so far this season, but New York has a troubling lack of starting pitching. If the Yankees can continue their offensive success once they regain some pitchers from injury, they will be able to provide Derek Jeter a good shot at one last postseason run.

The Blue Jays have the hottest bats in the Major League right now. Edwin Encarnacion has awoken from a minor slump at the beginning of the season, hitting six home runs in the last seven days.

The Dodgers pitching turned in the first no-hitter of the season with Josh Beckett's performance last Sunday against the Phillies. The Dodgers' starting rotation has been a potent combination this season, and could prove to be one of the best in 2014.

The Orioles stay at the number nine spot this week, and Baltimore has done a really good job of competing in almost every series they've played in this season. Nelson Cruz may prove to be one of the best signings of 2014, blasting 16 homers already.

The best offense in the majors lies in the Rockies lineup, and Troy Tulowitzki continues to put up video game-like numbers. Tulowitzki is hitting for a .378 average...and it's scary to think about where the Rockies could be if only they could find some pitching.

The Cardinals will have a Cy Young candidate if Adam Wainwright continues pitching as well as he has this season. Wainwright has already won eight games and has an ERA under 2.00 this season.

The Angels have found success this season, but still trail the Athletics in the AL West by 2.5 games. Albert Pujols and Mike Trout have been leading the lineup offensively, but the pleasant surprise has been the Angels' pitching staff. C.J. Wilson and Jered Weaver had led the Angels rotation, each winning five or more games.

The Brewers have one of the most underrated players in the league in catcher Jonathan Lucroy. Lucroy is hitting .330 this season, and many argue that he's among the elite catchers in Major League Baseball.

After topping our power rankings for the past two weeks, the Tigers fall to number four, dropping seven out of their past eight games. Detroit is just hitting a cool spot, and I'm sure we'll see them climb the rankings in future weeks.

The Braves are still looking to find themselves offensively, as they've been very inconsistent at the plate. Their division allows them to be streaky, and the Braves will be able to retain the lead in the NL East for quite some time.

The Giants could have the best free agent signing of the year in Tim Hudson. Hudson has been dominant on the mound this season, boasting a 2.13 ERA. San Francisco has the best record in baseball, but I don't believe that they're better than our number one team.

After sitting at the number two spot for the last few weeks, the Athletics find themselves at the top of our power rankings. Oakland has the best run differential in baseball (+100) and continues to play very effectively.