5 Teams That Are The Most Likely To Sign Jake Arrieta 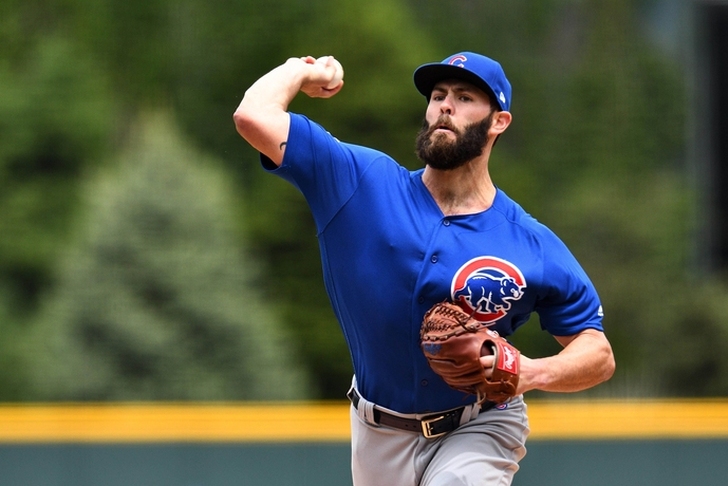 Starting pitcher Jake Arrieta is one of the top arms in free agency and wants to be paid as such. His agent is Scott Boras, who is always looking to get his clients to sign mega deals, and the Chicago Cubs are expected to allow him to sign elsewhere as they're not expected to meet that asking price. This past season, Arrieta had a 14-10 record with a 3.53 ERA in 168.1 innings pitched and is just two years removed from an NL Cy Young award. Where could he end up? Here are his five most likely destinations:

5) St. Louis Cardinals
The Cardinals are trying to make a splash this offseason to help them return to the playoffs, and while they've been targeting another bat (they tried to land Giancarlo Stanton), they've also expressed interest in Arrieta. However, they're only serious suitors if the price drops.

4) Washington Nationals
Washington is linked to pretty much every Scott Boras free agent, making Arrieta a logical fit as the Nationals try to get over the hump and win in the postseason. However, they only have mild interest, which makes sense. They're hesitant to give out big money to anyone this offseason with Bryce Harper preparing to hit free agency in 2018.

3) Los Angeles Dodgers
Los Angeles doesn't plan to bring back Yu Darvish, but they would like to find someone to replace him, hence their interest in Arrieta. They may splurge on him in order to continue to compete for championships with their current roster, though they would also like his price to come down.

2) Houston Astros
The Astros made it a point to upgrade their starting pitching at the trade deadline by landing Justin Verlander, and they're looking to acquire another ace this offseason. Houston is targeting Arrieta, Darvish, and Tampa Bay's Chris Archer, and given the interest of several other teams in Darvish, the Astros may decide to turn their full attention to Arrieta.

1) Philadelphia Phillies
Philadelphia has interest, money to spend (although they want to save as much as possible for 2018), a desire to win now, and a need in their rotation. They've shown interest in Arrieta already, but considering the market around him is cold, they're waiting to make any sort of move. However, once the market does heat up, expect them to be right at a forefront of conversations.

Check out our MLB rumors page for all the latest MLB rumors or download the Chat Sports App!