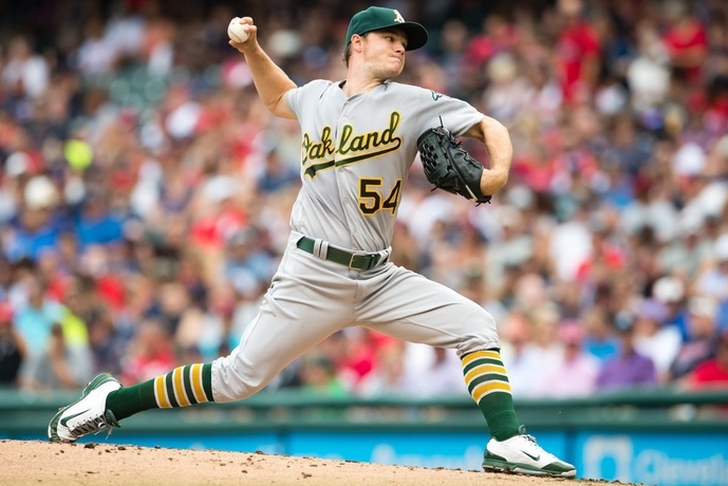 Sonny Gray has been the most sought-after player on the trade market and it seems to be a foregone conclusion that he will be playing for someone other than the Oakland A's by the end of the day. Practically every contender around the league expressed interest in Gray at some point over the past month, but which teams are the most likely to acquire him? Here are his three most likely destinations.

3) Chicago Cubs
Chicago has been one of those teams at the forefront of talks and want Gray and Jose Quintana to be replacements for Jake Arrieta and John Lackey, both of whom will be free agents this offseason. The Cubs parted with many of their top prospects for Quintana and for Justin Wilson, so it's unlikely that they would be willing to part with even more highly-ranked players in their system. Kyle Schwarber's name has also been rumored to be on the block, but Oakland's interest in him is unclear.

2) Los Angeles Dodgers
The Dodgers would like to pair ace Clayton Kershaw with another top quality pitcher in their push for a World Series title and view Gray as one of those guys. The injury to Kershaw increased their need for another arm, and both Gray and Yu Darvish would serve as series-changing starters in the playoffs. LA seems to have made Darvish a bigger priority than Gray due to Oakland's asking price for Gray, which is why they are No. 2 on this list.

1) New York Yankees
The Yankees have been negotiating with the A's about a deal that would send Sonny Gray to the Bronx and are considered the favorites to land Gray. There was so much momentum behind this deal that it reportedly could have been completed by the end of last week. However, talks have stalled as Oakland appears to be holding out in hopes that New York will relent and give up either Clint Frazier or Gleyber Torres. If the Yankees decide to part with one of them, the deal will get done.