3 Longshot World Series Bets That Could Pay Off In 2015 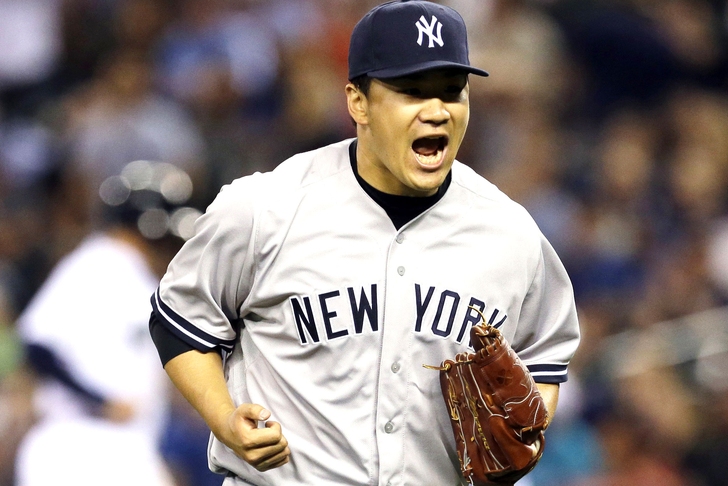 The 2015 Major League Baseball season is here, which means that all 30 MLB teams ostensibly have a chance to win it all come this fall. While we all know that's not exactly true (sorry Phillies fans), there are some teams facing long betting odds who have a legitimate chance to bring home a World Series championship in 2015. Here's 3 Longshot World Series Bets That Could Pay Off In 2015.

(All lines courtesy of Bovada.lv)

There's a lot of things that have to fall just right for this to happen, but there is enough upside here to warrant a $20 bill at your local sportsbook. If the front-of-the-rotation trio of CC Sabathia, Masahiro Tanaka, and Michael Pineda can stay healthy (that's a big if, but regardless..), the Yankees could potentially have the best starting rotation in all of the AL East. Add in a lineup which is just one or two return-to-the-mean seasons away from reversing recent woes, and you've got a recipe for a tantalizing longshot.

Yes, the Brewers faded like a mother in September of 2014. However, did everyone forget the other five months prior to that? This team is well-balanced from 1-to-25 on the roster, and there's reason to believe that Ryan Braun's on the shortlist for NL Comeback Player of the Year -- especially with his troublesome thumb reportedly not a real problem anymore. The NL Central is stacked, but 50 bucks to make $2,500 (before the sportsbook's cut) seem fair for this undersung squad.

Here's your longshot special. The Rays are projected by most respected baseball computer simulation formulas to win somewhere between 81.5-87.5 games -- thus leaving them a break or two away from sneaking into a wild-card spot, if all falls according to plan. The lineup has been overhauled for the better (minus the loss of Ben Zobrist), the starting rotation has the potential to dominate if injuries and luck prove kind, and the AL East in winnable given the projected flaws of each of the other four teams. Don't invest the house on Tampa (especially with the unknown of first-year manager Kevin Cash), but at least take a look.