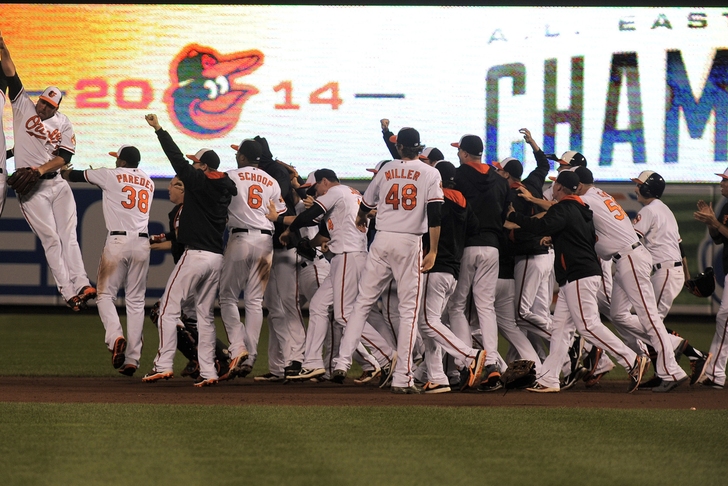 The Baltimore Orioles ran away with the AL East in 2014, but there's plenty of improvement down the ladder in the division to project a much tighter race for the crown in 2015. Will the Orioles repeat? Is there a new champion waiting to emerge? Here's how we see the AL East shaking out.

Losing young starter Marcus Stroman out of the gate hurts, but the Toronto Blue Jays remained stacked enough elsewhere to be a major factor in 2015. The starting lineup will be awe-inspiring with the addition of Josh Donaldson and there's enough pitching (and/or collateral for a trade) to vault the Jays to their first division title since their World Series run in the early 90s.

Baltimore isn't getting much respect after an impressive run to a division title, with critics pointing to the losses of Nelson Cruz and Nick Markakis as a death knell for the O's. Don't believe the (negative) hype. This lineup remains formidable (especially if Chris Davis returns to form) and the team's pitching staff remains an undervalued group of horses that provide consistency despite not having the name value of some of their AL East peers.

The rotation's rebuilt and the additions of Pablo Sandoval and Hanley Ramirez will help, but the team's lack of a true ace on the pitching staff and the advancing age of key pieces such as David Ortiz could prove troublesome. There's tremendous upside here (enough for a division title), but there's also a fair amount of bust potential if the cards don't break right.

Another team that could conceivably contend if the cards fall on the table just right, the Rays have an offense that is going to dink and dunk teams to death with walks and bloop singles. However, there's not a lot of pop there and there's enough questions behind Alex Cobb in the rotation to keep the Rays out of the playoff mix.

This team is still aging, expensive, and full of potential injury risks. New York has been outscored in each of the past two seasons, and they're banking on returns to form from veteran pieces such as CC Sabathia and Carlos Beltran -- a tricky proposition in 2015. The AL East is close enough that a few lucky breaks will keep the Yankees in the race. However, there's a good chance the luck just won't be there this season.