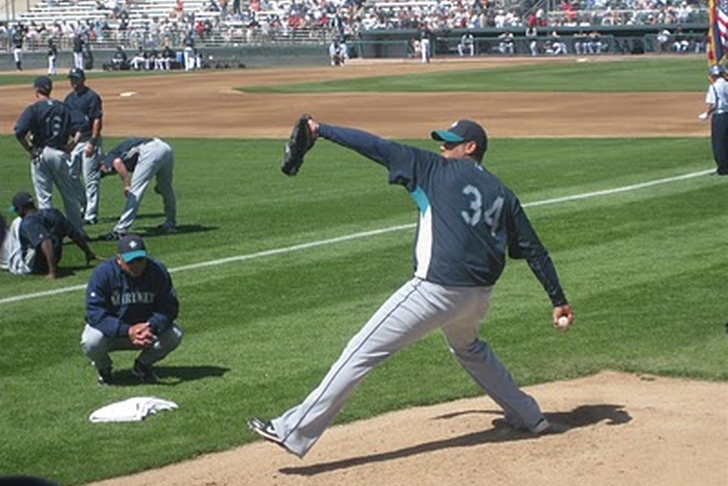 The AL West made a lot of noise with signings in the offseason. Let's examine a question each team in the division must answer to be successful in 2014:

Question: Is there anyway the Astros can avoid being the worst team in baseball?

Okay, so the Astros are really bad. There's hope in Houston, though. The Astros won't be the worst for much longer. The club has a lot of prospects that will be making their debuts in the MLB this season that will be able to elevate the team's talent level. The Astros might be able to pass the Twins or the White Sox to avoid the title of worst team in the American League this season.

Question: Will the huge deals finally pay off for the Angels in 2014?

Inking Mike Trout to a huge deal was an incredibly wise decision for the Angels. Trout might be the most valuable player in the MLB this season. Albert Pujols has been showing signs of his old self this spring. This has helped to alleviate some of the Angels' anxiety after injury woes in 2013. If Josh Hamilton and Pujols can both find consistency, the Angles might have the most dangerous lineup in baseball. That lineup, along with a solid pitching staff, could lead to a successful season for the Angels.

Question: Can the A's steal another division banner?

Bob Melvin has managed this team to two consecutive AL West titles. The A's haven't lost much from last season. Yoenis Cespedes is going to be one of the most intriguing players to watch in 2014 because he has a lot more power than people credit him. It will be fun to watch this team try for a "three-peat" in this division.

Question: How much impact will Robinson Cano have on the Mariner offense?

The Mariners made a huge splash in the offseason, acquiring Robinson Cano from the Yankees. The team ranked near the bottom in a lot of statistical categories in 2013, and one has to wonder how much Cano will impact the Mariners' offense. Cano has been one of the most consistent bats in the MLB, and this could be a huge help to the Mariners' chances this season.

Question: How dangerous will the Rangers' offense be in 2014?

Prince Fielder will put up monster numbers for Texas this season if he can stay healthy. The team recently took a big hit, losing Jurickson Profar for a good portion of the first half of the season with a ligament tear. On top of that, the Rangers also lost Nelson Cruz to the Orioles in free agency. Shin-Soo Choo will be able to produce a ton runs in a lineup with Adrian Beltre, Elvis Andrus and Prince Fielder that should keep the Rangers in the win column.

Check out the rest of the divisions by clicking the links below: