Xavier Pinson dunk was one to remember for the Tigers 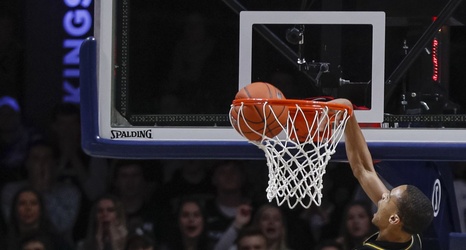 Xavier Pinson can fly. He’s had several dunks in his short two years with the Tigers — against Xavier, at Mizzou Madness when he won the dunk contest, and now, against Florida.

Pinson scored eight points in 11 minutes in Saturday’s win, but one of his plays was the biggest of the game.

The guard took control of the basketball that bounced around a couple times, and coasted down court for an open lane. Pinson didn’t hesitate, and he threw down the dunk over Florida guard Omar Payne to put the Tigers on top 13-5 early in the first half.