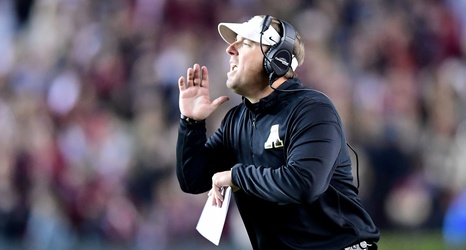 Mizzou football officially hired a new coach at 8 a.m. on Tuesday morning when the UM System Board of Curators unanimously approved a six-year, $24 million contract for Eliah Drinkwitz to be the new head coach of the Missouri Tigers.

The Tigers hosted a public introductory press conference for their new coach at the South End Zone Tuesday morning, and plenty of players, former players, staff and alumni showed up to take in the new man in charge.

Athletic director Jim Sterk has won over most of the Tigers fanbase with the hire of Drinkwitz.