Top Moments of the 2010s: Winning for Gary Pinkel 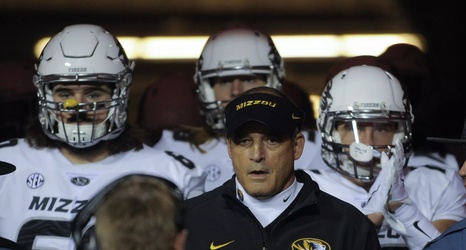 This moment isn’t about a great event from a great season. This is a more human moment. A moment when the culmination of Gary Pinkel’s Head Coaching career came into balance.

The 2015 season at Missouri was one rocked with disappointment. The team finished 5-7, they struggled to score points, their starting quarterback was kicked off the team, later reinstated, then kicked off again. Freshman Drew Lock was forced to step in early and struggled to move a lethargic offense. Meanwhile, the defense was playing out of its mind in order to keep the team in games.