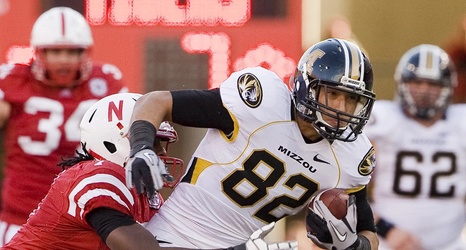 Ever wondered what a Mizzou team that was comprised of only Missouri kids would look like? Or wonder how good an only-Texan Mizzou squad would do? Well, you’re in luck! This offseason, the Rock M Masthead is assembling the best team of Mizzou players by state that they graduated high school from. We compiled a list of the significant starters on every team from the year 2000 on and voted on the best players at their position group in order to create three “All-State” Mizzou squads: Team Missouri, Team Texas, and Team USA. Over the next nine weeks you’ll read about these Mizzou Greats that hailed from the respective regions and, hopefully, come away impressed with just how good these fictional teams could actually be.