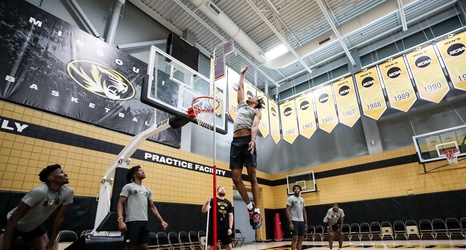 The stars aligned in the spring of 2017 for Missouri to land an unprecedented recruiting class. It was a top 5 class nationally, and featured the top ranked player in the class... the enigmatic Michael Porter, Jr. From that spring — all the way through this past fall — Mizzou recruiting had a lot more striking out on their top recruits than anything else.

Then Aidan Shaw made his pledge for the Tigers. Shaw was the highest ranked recruit since Jeremiah Tilmon, a member of the 2017 class.

Being it’s been a while since Mizzou had to deal with a highly sought-after recruit, we may not know exactly what to expect.