NOTEBOOK: Missouri tries to find its footing in Tilmon’s absence 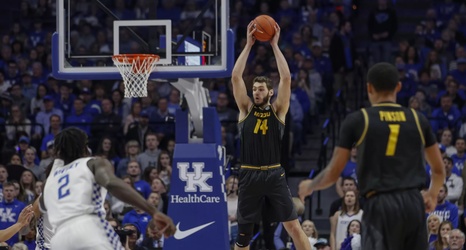 With center Jeremiah Tilmon out indefinitely, Missouri has had to rethink its offensive philosophy.

Keyword: rethink. Despite Tilmon’s absence, Dru Smith said the team has not made major changes, but there have been some tweaks, one of them being an increased focus on pushing the ball.

“It’s very important, and it’s something that we’ve been working, trying to get out and score in transition,” Smith said.

Missouri’s offense has certainly seen its fair share of struggles, but the team has often been solid in transition.

Missouri also wants to focus on getting the ball into the paint.