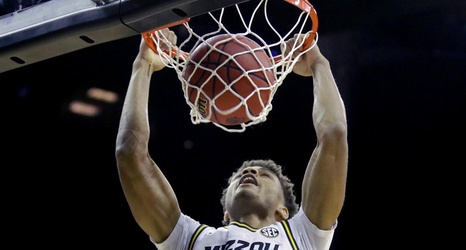 And then there was one. The second player in Missouri's three-man freshman class intends to transfer. This time it's forward Tray Jackson, a team spokesman confirmed Saturday.

Jackson, a four-star recruit from Detroit, was buried on the bench most of the season and averaged 2.9 points and 1.8 rebounds per game. Jackson was not available for comment.

Jackson's departure will leave Mizzou with two scholarships to fill for the 2020 class.