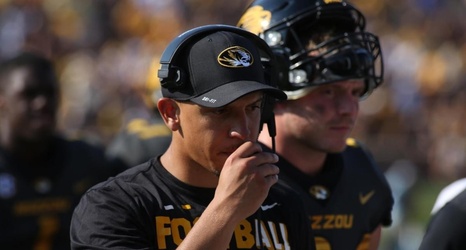 COLUMBIA, Mo. - Spring football practices are less than a month away, but Missouri defensive coordinator Ryan Walters could be in the crosshairs of another team's head-coaching search.

Walters, 34, has been mentioned as a possible candidate for the newly opened job at Colorado, his alma mater, by both The Athletic and ESPN in reports Wednesday. After his first year in Boulder, Colo., Mel Tucker left Colorado for the head-coaching job at Michigan State, leaving the Buffaloes without a coach a week after national signing day.

Walters played safety at Colorado from 2004-08, served as team captain as a senior and spent the 2009 season there as a student assistant.