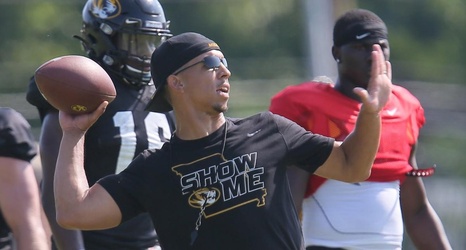 COLUMBIA, Mo. — Two months on the job and it’s clear Eliah Drinkwitz knows his way around a hashtag. Shortly after settling in as Missouri’s football coach, Drinkwitz came up with a phrase that would fit neatly on a social media post to officially brand the Mizzou program’s new era.

When Drinkwitz filled out his 10-person coaching staff he kept three assistants from former coach Barry Odom’s 2019 staff, all on the defensive side — including coordinator Ryan Walters, who will return for his third full season in charge of the defense. Defensive line coach Brick Haley is back for a fourth season on the staff, while cornerbacks coach David Gibbs returns for his second year.