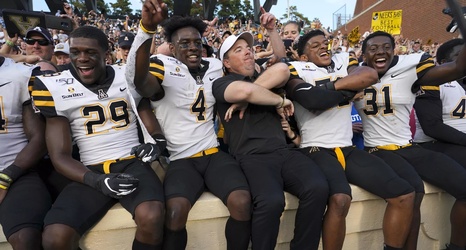 So your school just hired Eli Drinkwitz. Now what?

Obviously there’s a lot to learn about the new head coach in his first week — and he hasn’t even been officially hired yet! — but Coach Drink will likely have no time to rest. With Early Signing Day just around the corner, he’ll need to do his best to keep the rest of Missouri’s recruits in the fold.

We’ve already got a post up tracking recommitments, decommitments and everything in between. Earlier today, Kevon Billingsley, a highly rated DE out of East St. Louis, reaffirmed his commitment to Missouri.