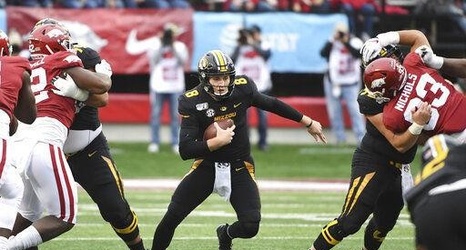 COLUMBIA, Mo. - The hits keep coming at Mizzou. Freshman quarterback Connor Bazelak suffered a torn anterior cruciate ligament in his right knee on the play that knocked him out of Friday's 24-20 win at Arkansas, team spokesman Chad Moller confirmed Monday.

Bazelak, who made his first career start in Little Rock, Ark., will undergo surgery next week. It's unclear what his status will be for the start of spring practices under the team's next coaching staff.

The freshman from Dayton, Ohio, was making his third appearance of the season and put together a few promising drives, completing 7 of 9 passes for 80 yards.