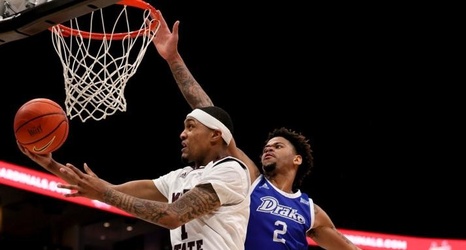 COLUMBIA, Mo. — Dennis Gates found his shooter. He didn't have to look far.

Isiaih Mosley, the prolific scorer from Columbia and formerly Missouri State, is transferring to Mizzou, his hometown team, for his fourth season of eligibility, he announced Monday on Instagram.

Mosley, a former star guard at Rock Bridge High, spent the past three years in Springfield, where this past season he averaged 20.4 points per game, plus 6.2 rebounds. The 6-foot-5 guard has been widely rated among the best players available in the transfer portal and was linked to Kansas, Florida and Mississippi State in recent weeks before Mizzou quietly entered the picture.