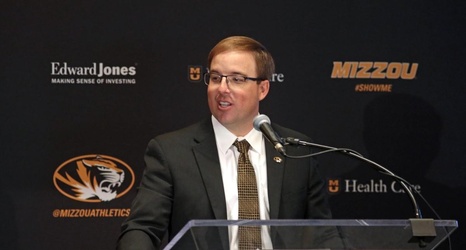 Edwards, from Lexington, Miss., first gave the Tigers a pledge last August before backing off a few days later. Now, after the Tigers' head-coaching change, Edwards became the first recruit to commit for the second national signing day. He announced his pledge on Twitter.

Edwards, listed at 6-3, 290 pounds, is rated the nation's No. 35 defensive tackle and No. 18 player in Mississippi by Rivals.com. At one point or another during the recruiting process he's held around 30 Division I scholarship offers. His online recruiting profiles state that he also holds offers from SEC schools Auburn, Florida, Kentucky, LSU, Ole Miss, Mississippi State and Tennessee, along with traditional powers Florida State and Michigan.