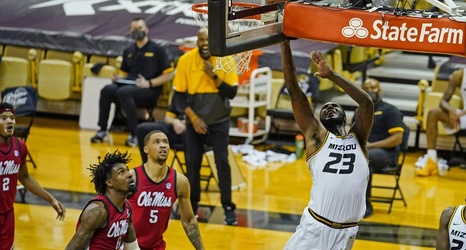 I don’t usually get too emotional when writing up these player reviews, even for beloved seniors who will be a part of this process for the last time.

We’re continuing our process of reviewing the Mizzou Hoops roster player-by-player, and we’ve finally reached Jeremiah Tilmon. Tilmon, one of the highlights of the 2017 recruiting class, was also the longest tenured member of that class by a full three seasons. He was a beloved Tiger who could both stun and frustrate, sometimes within the course of a few minutes.