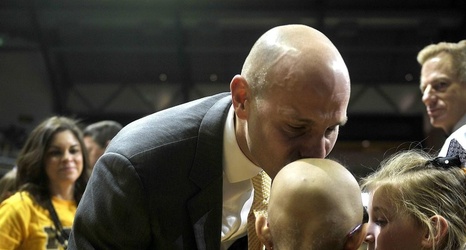 COLUMBIA, Mo. — There is one central message that Missouri senior center Reed Nikko has shared with his younger teammates heading into Saturday’s visit from Arkansas.

It has absolutely nothing to do with the Razorbacks or the Tigers’ spiraling season.

“We don't lose this game,” Nikko told the team’s underclassmen.

The Rally for Rhyan Game, Mizzou’s annual day of charity wrapped around a basketball game dedicated to raising money for pediatric cancer research. Saturday’s 2:30 game at Mizzou Arena will be the fifth edition of an event that’s become a staple on the schedule. The charity’s namesake is Rhyan Loos, the 9-year-old daughter of former Mizzou assistant and current assistant AD for fundraising Brad Loos, who along with his wife Jen have lived through parenting hell and emerged grateful.