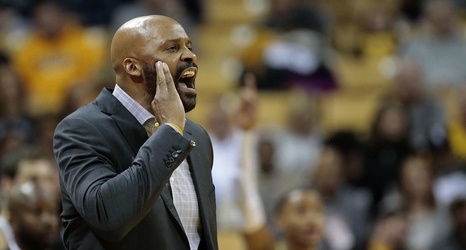 Today’s game preview in the Post-Dispatch and online at STLtoday.com touched on the playing time for freshman Tray Jackson, a much-discussed topic all season as the four-star rookie has been in and out of the rotation from week to week, game to game.

The topic resurfaced during Monday’s media session with coach Cuonzo Martin before the Tigers (11-12, 3-7 SEC) left Columbia for tonight’s game at No. 25 Louisiana State (17-6, 8-2). Talking in general about young players who expect immediate playing time in college, Martin relayed a story from his freshman year at Purdue in 1992.