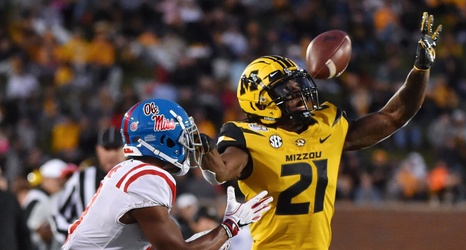 Mizzou football coach Eliah Drinkwitz will be looking for a new starting cornerback this season.

Christian Holmes announced Friday that he has decided to enter the transfer portal. Holmes has one year of eligibility left and will graduate from Mizzou this spring. He will immediately be able to suit up for his next team.

The announcement, which came on Twitter, doesn’t come as a surprise after it was reported Thursday that he was going to leave. Mizzou confirmed those reports.

Holmes has played in 35 games in his four-year career with the Tigers and has 66 tackles, two interceptions and 19 passes defensed.