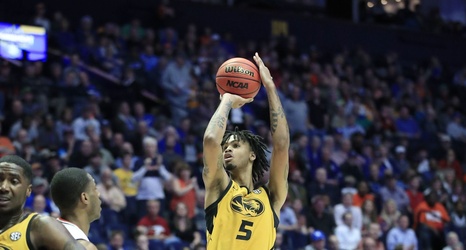 After taking out Incarnate Word to begin the year, the Mizzou basketball team moves on to face Northern Kentucky tonight in the second game of the year.

Mizzou and Northern Kentucky both enter today’s game with a 1-0 record.

Northern Kentucky handled D-II opponent University of Cincinnati Clermont College by 50, 105-55. Mizzou won its opening game by 40, 82-42 over the Cardinals.

Now, the Tigers move on to face a formidable opponent in Northern Kentucky. The Norse men went to the NCAA Tournament last season as a No. 14 seed. They lost in first round to No.