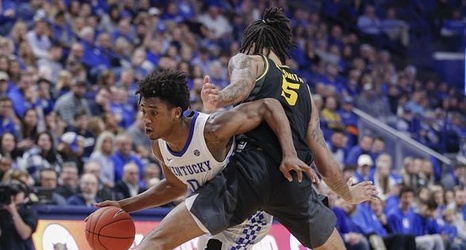 No one expected Mizzou basketball to beat Kentucky at Rupp Arena to open conference play, but that doesn’t mean the game wasn’t winnable. Mizzou had plenty of chances to control the game, but their lack of offensive threats continues to haunt them.

Starting a new series for SEC play, here are your Studs and Duds from the January 4th game against the Kentucky Wildcats.

Freshman Kobe Brown started the game against Kentucky by drilling a 3-pointer to open the scoring. All throughout the first half, Brown looked the best he had all season against the best team he’d played against.