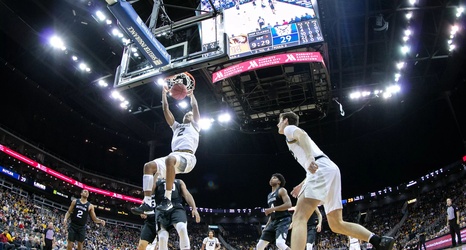 News broke shortly before tipoff that Missouri’s junior center Jeremiah Tilmon would miss the game. He was diagnosed with a stress fracture in his foot, and was ruled out “indefinitely.”

Cuonzo Martin has certainly dealt with his fair share of injury troubles during his time leading the Missouri program, so yet another injury to one of his most talented players must have felt particularly crushing.

That being said, Martin has never been one to dwell on any perceived hardships or bad luck. Missouri needed its frontcourt players to step up in the worst way.

Despite the loss, the frontcourt provided a balanced attack for Missouri for most of the game.