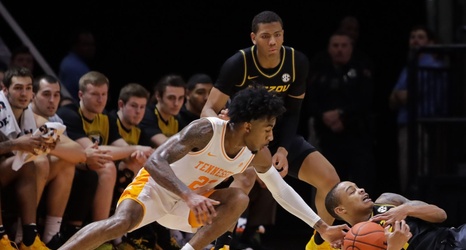 It seems as if this young Missouri Tigers squad hasn’t quite finished going through their growing pains. Despite starting well in their first two conference games, Mizzou couldn’t hang on to win either. The lack of an elite scorer continues to plague the squad in Columbia.

While the contest against Tennessee was a better team performance than the game before at Kentucky, there are still duds to go along with some new studs.

Freshman Tray Jackson hasn’t had consistent minutes this season, but that might change after his game against the Volunteers.