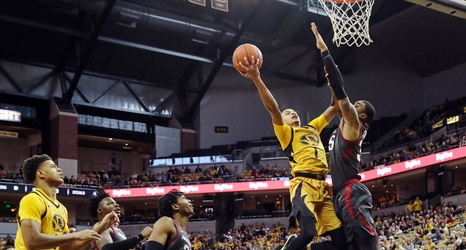 Nikko believes that. He believes he can change the game anytime he’s on the floor, and during the Tigers’ game Saturday against Arkansas, he set out to prove that. Though foul trouble limited Nikko and he left the court for good with 3:01 left in the second half (to a standing ovation from the 11,439 in attendance), Nikko was still the driving force for Missouri.