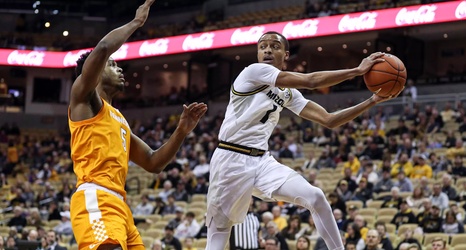 Prior to Missouri’s SEC home opener against Tennessee on Tuesday, the team announced Jeremiah Tilmon would be out indefinitely with a stress fracture in his left foot.

The Tigers could’ve allowed their morale to drop as they learned one of the team’s leaders would be missing extended time right as SEC play ramps up. But instead, Missouri came out fighting against the Volunteers as it attempted to get its first conference win of the season.

Seven different players scored at least six points, as the scoring needed to be spread out in Tilmon’s absence and with Dru Smith facing foul trouble, but Tennessee ended up shooting 53% from the field and 46% from 3 as the Tigers (8-6, 0-2 SEC) fell 69-59 to the Volunteers (9-5, 1-1 SEC).