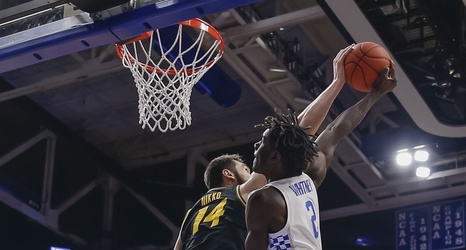 A four-game win streak has turned into a two-game losing streak to start the conference year for Missouri basketball. The Tigers fell to the Tennessee Volunteers 69-59 on Tuesday at Mizzou Arena. The loss drops Mizzou to 8-6 on the year, while Tennessee improves to 9-5.

That’s just the start of the bad news for the Tigers.

Before the game started, Mizzou announced that junior forward Jeremiah Tilmon will be out indefinitely with a stress fracture in his foot. That is horrible news as it costs Mizzou its top big man and one of its best players on the team.