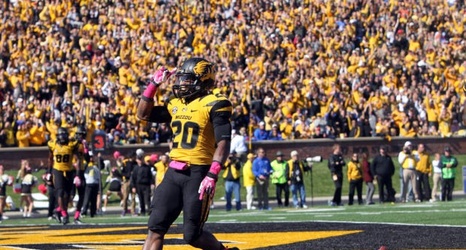 Missouri Henry Josey rushes for 6 yards to score a touchdown in third quarter action during a game between Missouri and Florida on Saturday, Oct. 19, 2013, at Faurot Field in Columbia, Mo.Photo by Laurie Skrivan lskrivan@post-dispatch.com

This is the latest in a series of stories highlighting the top 30 Mizzou athletes Dave Matter has covered in his time writing about the Tigers since the late 1990s. The series will run every day Monday through Friday.

Everybody loves a good comeback story, and when it comes to Mizzou sports history, name one better than what Henry Josey pulled off in 2013.