Matter on Mizzou: Tigers blindsided by another underdog 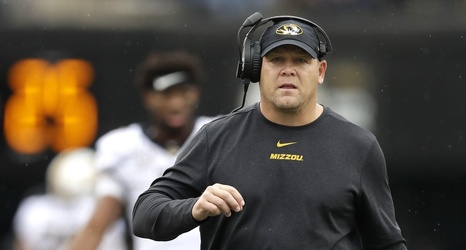 COLUMBIA, Mo. - With their head coach’s seat getting warmer by the week, the division doormats came into homecoming weekend with just two wins. They’d already put their fans through a stomach-churning loss to a team from outside the Power Five and multiple lopsided losses to conference foes. With their season hanging by a thread, they hosted the nationally ranked leader of their division. The point spread was enormous, but the underdog never blinked. By game’s end, they blindsided their visitors with an outcome nobody saw coming.

As the Illinois players celebrated their 24-23 upset of No. 6 Wisconsin, I mentioned to a few Mizzou folks in the Vanderbilt press box that Barry Odom should read that score to his team before they took the field in Nashville.