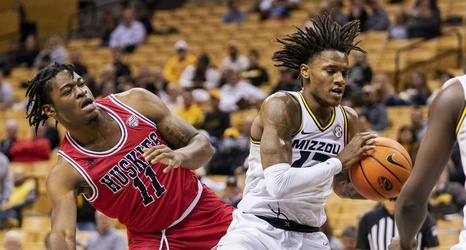 COLUMBIA, Mo. — Hoping to shake off the funk of Monday’s 14-point loss to Kansas City, Missouri flirted with another early-season stinker Thursday at Mizzou Arena. But a second-half spurt was enough to hold off Northern Illinois 54-37, behind an unlikely offensive force.

Jordan Wilmore, Mizzou’s 7-foot-3 sophomore center, came into the game with seven career points and finished with 11 on four dunks, including three crucial baskets during a 14-1 run that put the Tigers in charge for good. He added six rebounds and three blocks, both career-high figures.