JJ Hester & Chance Luper are still worth getting excited about 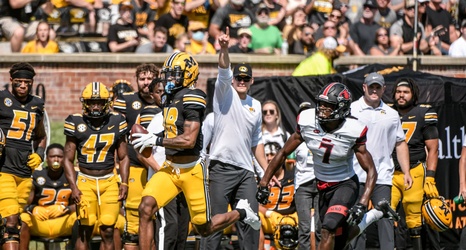 Missouri has been looking to upgrade its talent at wide receiver since the moment Eli Drinkwitz was announced as the next head coach. One of the first large proclamations Drinkwitz made was he needed to find more “touchdown makers.”

He turned to the transfer portal and found an immediate contributor in Keke Chism. His first recruiting class included five wide receivers, two of which are now starting on the defensive side of the ball (Jaylon Carlies, Kris Abrams-Draine).

The three that remained on the offensive side of the ball have taken a bit to get acclimated to the offense.