Hoops Preview: LSU is looking for a bounce back after two tough losses 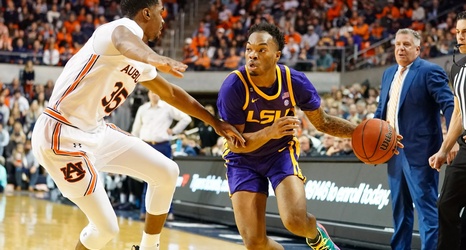 There was a point this season where a lot of Missouri fans had circled tonight’s game as a must watch.

Missouri, who was supposed to be one of the SEC’s upstart contenders, would have ample opportunity to prove itself against the conference’s established programs. LSU has been in that spot for over a year now, with Will Wade’s ahem innovative methods propelling them to new heights they never seemed to reach under Johnny Jones.

Well, LSU has held up their end, maintaining their spot as one of the SEC’s best — they’re currently tied with Auburn and Kentucky at the top of the standings — while Missouri.