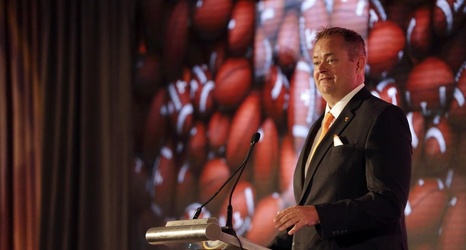 But all icons carry similar burdens. The Vols are no exception.

Despite a decade of far more lows than highs, one of the sport’s most demanding and full-throated fan bases will expect much from Heupel, even as the Vols absorb looming sanctions for NCAA violations allegedly committed prior to his arrival, including possible postseason bans.

Heupel, the former Mizzou offensive coordinator (2016-17) and UCF head coach (2018-20), doesn’t flinch at those lofty, if not outdated standards on Rocky Top.