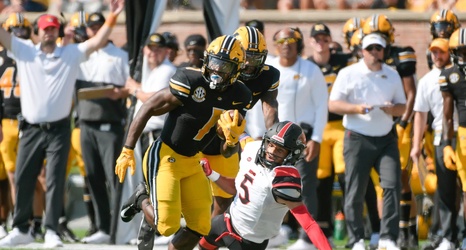 I played on a competitive basketball team when I was growing up. I wasn’t particularly good, and neither was our team. We played in an AAU tournament one weekend against what appeared to be professional basketball players. We were working on a motion offense. They were lobbing alley-oops from mid-court. I don’t remember what the final score was. I remember the moment of the game was one of my teammates, who happened to be all of 5-foot-nothing, blocking the shot of what I remember as a 6-foot-6 mammoth of a man.

That’s what Mizzou vs. Southeast Missouri State felt like on Saturday morning.