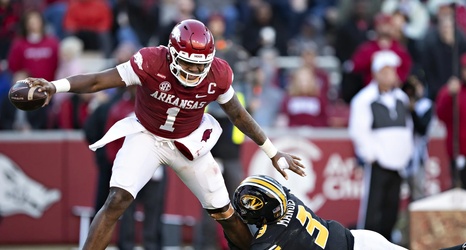 I thought the spread for this game was too high. Arkansas is better than Missouri. The game is on the road, a place the Tigers haven’t had a whole lot of success in recent years. But Mizzou’s been playing better of late and the defense had been playing well enough to give me hope this would be a close contest.

I was very, very wrong.

One of those teams had a passing game. The other… well… didn’t. That was the difference in the game and it was enough for Arkansas to cover the spread with relative ease.