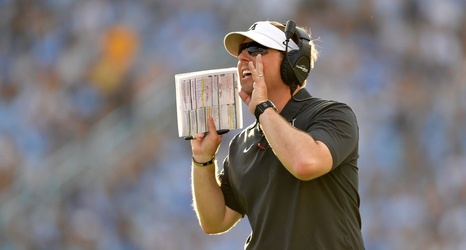 The Mizzou football staff is finalized after the Tigers announced their 10th coaching hire since new coach Eliah Drinkwitz took over last month.

Mizzou’s final hire was Marcus Johnson, who joins Mizzou after two seasons with Mississippi State. Johnson most recently coached the offensive line. He is one of four offensive assistant coaches, a staff that will spend plenty of time with Drinkwitz, who will call the offensive plays this season. The Tigers have five coaches on defense, and brought back three coaches who were on Barry Odom’s staff, including defensive coordinator Ryan Walters.

As Drinkwitz stated at his introductory press conference, he hired a full-time special teams coordinator as well.