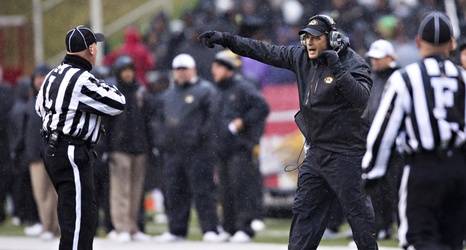 Blaine Gabbert probably doesn’t get the respect he deserves among the Mizzou faithful. He was the guy who made the trek down I-70 to stay home, be the face of the program, and eventually take over for Chase Daniel. It’s not like he didn’t have options. He was actually committed to then-rival, Nebraska. After the first of many buyouts that would come in Lincoln, Gabbert would later commit to Missouri and become the first five-star commit in the Rivals era for Mizzou. He was the number two overall QB behind Terrelle Pryor, and was actually ranked above Andrew Luck.