Best Mizzou Duos: A connection that lives on to this day... 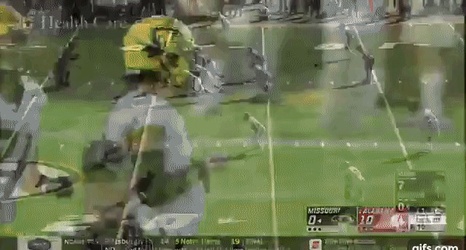 It seemed like at least half of the touchdowns were scored on this play:

It’s a simple RPO that pulls the LB up just enough so that Albert O can sneak right by him, into the seam, and (usually) into the end zone.