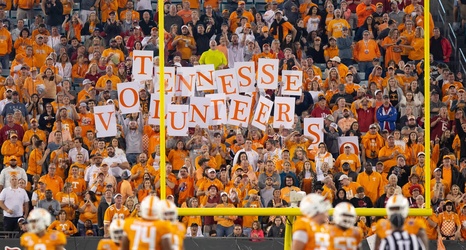 Tennessee doesn’t know how to do anything calmly or in an orderly fashion.

After firing Butch Jones, the Volunteers went on a coaching search that wound up being a comedy of errors, where Greg Schiano and Mike Leach were almost hired, Athletic Director John Currie was fired for bungling the search so badly, previously-ousted football coach Phillip Fulmer seized power as AD, and then they hired the 40th guy on their list, Jeremy Pruitt, to become head coach.

What did Pruitt do? Well, he talked about how he didn’t know what asparagus was, pulled a Barry Odom to save his 2019 season, then lost six games in a row during COVID while only beating the absolute worst teams on the schedule (yes, Missouri is on that list).