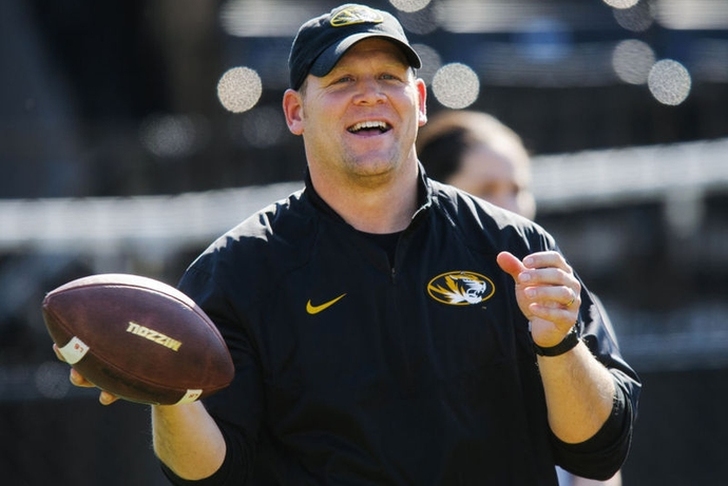 The Missouri Tigers have selected their replacement for Gary Pinkel. The Tigers announced Thursday night that Pinkel's defensive coordinator, Barry Odom will take over as head coach.

"We are extremely excited to announce Barry Odom as the new leader of the Mizzou football program," athletic director Mack Rhoades said. "He is a man of high integrity and possesses all the qualities you look for in a successful head coach. He has an undeniable passion for Mizzou, a strong track-record of success at each level of his career and a clear vision to mentor our student-athletes and lead our program to even greater heights."

Odom has spent many years in some capacity at Missouri. He was a student-athlete and also was a coach for four seasons.

"I'm tremendously honored to have this opportunity," Odom said. "It's something I've thought about for a long time as I've made my various stops leading up to this point. I understand the responsibility we have to not only carry on the tradition of excellence that Gary Pinkel has built here, but also to help this program reach new heights. Mizzou means the world to me and to my family, and we couldn't be more proud and excited to be in this position ... I can't wait to get started."

Odom was offered the Memphis job and it's clear now why he didn't take it. cIt's a five-year deal for Odom, although terms haven't been announced yet.