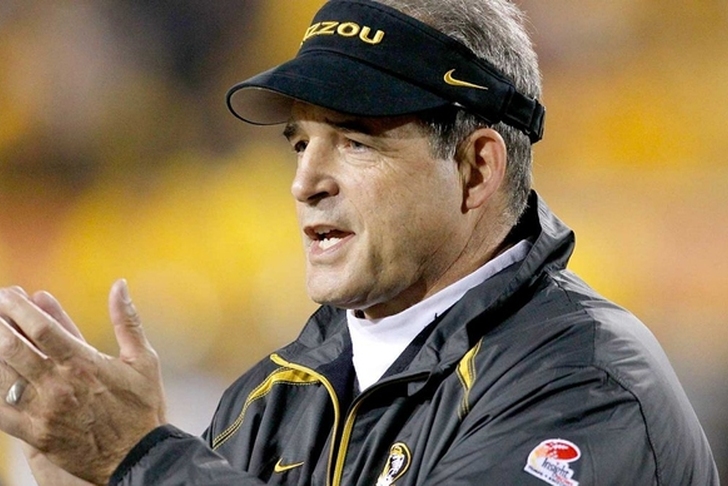 Missouri Tigers head coach Gary Pinkel will resign, effective at the end of the season or when Missouri hires a new coach. Pinkel was diagnosed with non-Hodgkin lymphoma in May of 2015, but decided to continue coaching while undergoing treatments. He told his team and staff of the decision last Saturday.

"I made the decision in May, after visiting with my family, that I wanted to keep coaching, as long as I felt good and had the energy I needed," Pinkel said. "I felt great going into the season, but also knew that I would need to re-assess things at some point, and I set our bye week as the time when I would take stock of the future."

Pinkel's health is okay, but he wanted to turn his attention to his life outside of football.

"I want to make very clear that I'm not doing poorly, and that this is a manageable disease, but it's one that will never go away," Pinkel said. "So many people have bigger struggles with other forms of cancer and other serious diseases, and I feel blessed that I've got something I can fight and still enjoy a good quality of life. I don't know how many years I have left, but I want to turn my focus to life outside of the daily grind of football."

After the Tigers played Vanderbilt on October 24th, Pinkel decided this would be his last season at the helm.

"I had a scheduled PET scan on Oct. 26th for reassessment, and then visited with my family and came to the decision on October 27th that this would be my last year coaching," Pinkel said. "I still feel good physically, but I decided that I want to focus on enjoying my remaining years with my family and friends, and also have proper time to battle the disease and give full attention to that."

Pinkel has served as the Missouri head coach since 2000, posting a 117-71 record with the team. Missouri won five conference divisional titles under Pinkel, including two straight SEC East titles. He took the Tigers to 10 bowl games and was named National Coach of the Year in 2007. Before coaching Missouri, Pinkel served as the head coach of the Toledo Rockets.

Missouri hasn't made any announcements regarding the search for Pinkel's replacements.