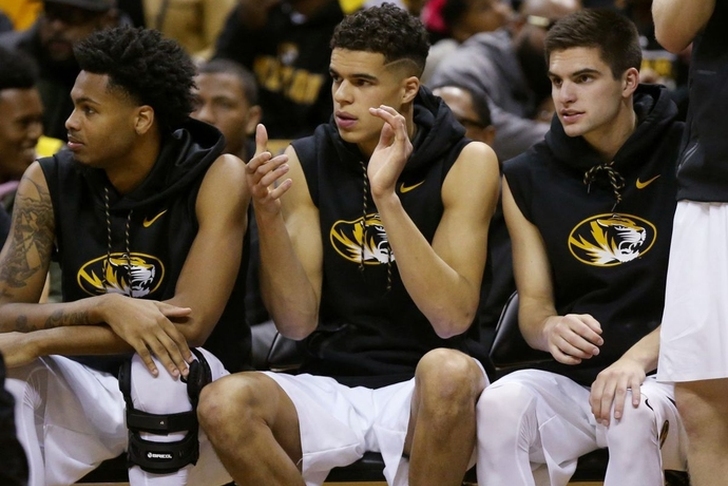 Michael Porter, Jr. will undergo surgery on Tuesday, Nov. 21, in Dallas, Texas. The procedure, a microdiscectomy of the L3-L4 spinal discs, has a projected recovery time of three-four months and will likely cause him to miss the remainder of the season.

Porter only played the first two minutes of Mizzou's season-opening win over Iowa State before sitting out each of the last three games due to a hip injury. This surgery will correct that problem and is expected to have him ready for the start of the draft process.

The 6-foot-10, 215-pounder was the No. 1 overall recruit in the 2017 class before Duke's Marvin Bagley III reclassified. When healthy, Porter is a dream prospect whose versatility allows him to do anything and everything on the court. He's a good, fluid athlete who excels on the perimeter and around the basket with his smooth skill set.

That skill set made him a preseason first-team All-American and the SEC Preseason Player of the Year, but now, we likely won't get to see him at the college basketball level.

Missouri will certainly suffer in his absence. Picked by SEC coaches to finish fourth in the conference, Mizzou is 3-1 on the year with a blowout loss at Utah. On Monday, they only beat Division II Emporia State by five points, 67-62.

Follow our Missouri Tigers team page for all the latest Missouri basketball news!